There are more than 800,000 Latina-owned businesses in the United States, and they represent the fastest-growing segment of small business owners. Yet many Latina business owners and would-be entrepreneurs are unaware of the many programs and services available to help them launch and successfully continue their business endeavors. 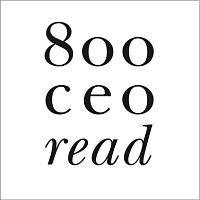 There is a new revolution in women’s entrepreneurship. Nely Galán has seen it, is living it, and is now making sure every woman has the tools to achieve it with Self Made: Becoming Empowered, Self-Reliant, and Rich in Every Way.

Adelante's Founder, Nely Galán, is in the press again with SELF MADE

We’re beyond excited over here! Nely Galán’s new book, SELF MADE: Becoming Empowered, Self-Reliant and Rich in Every Way is out now, and it’s already a New York Times Bestseller! Get your copy today! Make sure to catch Nely on the SELF MADE press tour, too! This summer is all about rejoicing in our ability (and duty!) to become self made. Adelante! Click HERE for press tour highlights.

5 No-Nonsense Tips for Becoming Your Own Self Made Woman

No road to greatness is without its share of obstacles, and for women, this path can often be fraught with more than the usual set of challenges. For those of us working the daily grind, it’s important to keep our eyes on the proverbial prize to remind ourselves why we push so hard to begin with. And, of course, it doesn’t hurt when we get straight-shooting advice from those who have tread the course before us. Enter Nely Galán.

13 Power Moms Reveal What They've Learned About Work and Motherhood

Just like motherhood itself, working motherhood in the United States looks different for every woman. Whether you're a single mom, part-time employee or an 80-hours-per-week chief executive, you are still balancing work life with life at home with the kids. (Nely Galan is on the list)

Media Mogul Nely Galan and How She Inspires Other Latina Entrepreneurs

Nely Galan is one of the most influential Latinas in the world. Dubbed as "Tropical Tycoon" by the New York Times, Galan is the first Latina to become the president of Telemundo, a U.S. television network. She is also an Emmy Award-winning producer of almost 600 television episodes dubbed in English and Spanish.

The New York Business Journal has named its second class of honorees for its Women of Influence Awards, and 79 extraordinary women made the cut. (including Nely Galan)

Heart of Venice - The Adelante Movement

As a first generation immigrant (she came to the United States with her parents at the age of five from Cuba), she has experienced and overcome many challenges. Now she is putting her hard won knowledge to use to elevate the entrepreneurial skills of Latin women.

How to Be a Weekend Entrepreneur

Are you building a career that’s worth writing about? Nely Galan answered that question when she was 22 years old, and her answer led to a high-powered career.

Forty Over 40 has released its list of 2015 honorees, marking its third year of celebrating women over 40 who are pushing the boundaries of what’s possible.

This former president of Telemundo, Emmy Award-winning producer of hundreds of television shows in Spanish and English, first Latina to appear on Celebrity Apprentice and master's and doctorate degree-holder in clinical psychology credits her Cuban parents with motivating her to make a mark on her own terms.

Don't miss Nely Galan's podcast with Jeffrey Hayzlett on All Business where she discusses her moves from Seventeen Magazine to Telemundo to Celebrity Apprentice to her current work with The Adelante Movement.

You know I always say “Ladies , GO GET YOUR OWN CHIPS!!" I want you all to begin the entrepreneurial journey one way or another. I know that fear and the fear of failure shows up and it paralyzes us, but today, The Adelante Movement offers you a gift to help you overcome those fears.

You know I always say “Ladies , GO GET YOUR OWN CHIPS!!" I want you all to begin the entrepreneurial journey one way or another. I know that fear and the fear of failure shows up and it paralyzes us, but today, The Adelante Movement offers you a gift to help you overcome those fears. 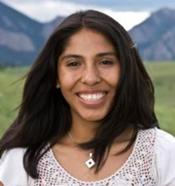 June is about the subject of Fear

I have been meeting so many of you around the country and the big thing that comes up is fear, and feelings of giving up. I feel fear everyday so I can relate, and as you get older it gets worse. But we are not alone…we are all in the same boat, and I encourage you as I encourage myself to not give up. This is our moment, our time and fear is not a fact— it’s just a feeling.